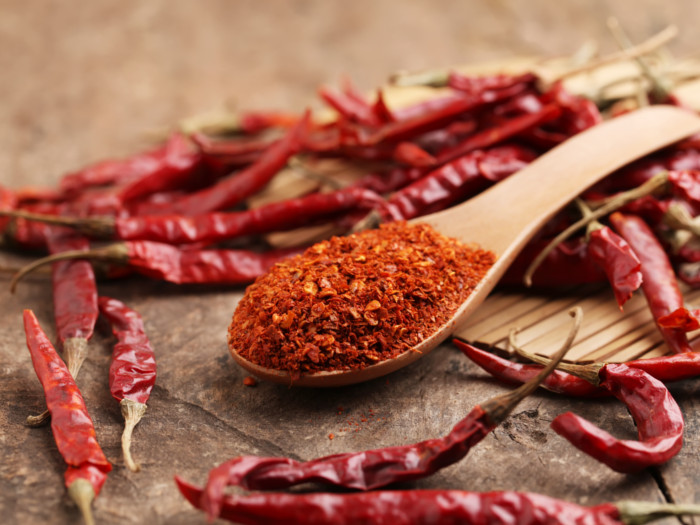 Many people consider cayenne peppers to be the king of medicinal herbs. In fact, these peppers have been used for thousands of years to help treat many health problems.

Not only do they have medicinal properties, but cayenne peppers are also great for cooking and contain several beneficial nutrients.

Cayenne peppers are a type of chili pepper. They belong to the nightshade family of flowering plants and are closely related to bell peppers and jalapeños.

They were originally grown in Central and South America, but brought to Europe in the 15th century by Christopher Columbus.

Cayenne peppers are a popular spice used in many different regional styles of cooking, and they have been used medicinally for thousands of years.

These peppers boast an impressive nutrition profile, which includes a variety of antioxidants that are beneficial for your health and also gives them their hot taste. In fact, how hot a cayenne pepper is depends on its capsaicin content. The more capsaicin it contains, the hotter it is.

Some Health Benefits Of Cayenne Please Are:

Dietary spices and their active components may provide many benefits for your stomach.

It does this by stimulating nerves in the stomach that signal for protection against injury.

While some believe that spicy food may cause stomach ulcers, a review paper has shown that the capsaicin in cayenne peppers may actually help reduce the risk of stomach ulcers.

Interestingly, animal studies have shown that the capsaicin in cayenne pepper may reduce high blood pressure.

It’s important to note that the findings above are based on animals, and capsaicin’s effects may differ in humans. It is best to take these findings with a grain of salt.

May Boost Your Metabolism

The capsaicin in cayenne peppers has metabolism-boosting properties.

It helps increase the amount of heat your body produces, making you burn more calories per day.

It does this through a process called diet-induced thermogenesis, which causes an increase in your metabolism.

In one study, people who ate a breakfast containing capsaicin and medium-chain triglyceride oil burned 51% more calories during that meal, compared to people who had neither for breakfast.

But while capsaicin helps boost metabolism, the overall effect is small.

In another study, people who ate 1 gram of red cayenne pepper only burned 10 more calories over four and a half hours, compared to those who didn’t eat any cayenne pepper.

It’s also important to know that people who regularly consume cayenne peppers don’t continue to reap the same benefits from them over time, as their bodies adapt to the effects.

Capsaicin has potent pain-relieving properties when applied to the skin in a cream.

This is because capsaicin helps reduce the amount of substance P, a neuropeptide produced by the body that travels to the brain to signal pain

When less substance P is produced, pain signals can no longer reach the brain, and feelings of pain decrease

Additionally, it’s important to note that capsaicin cream should not be applied to an open wound or broken skin.

Autoimmune diseases are conditions in which your body attacks itself. Psoriasis is an example of an autoimmune disease that appears as patches of red, itchy and scaly skin.

Currently, there is no cure for psoriasis. However, capsaicin creams can help relieve itching and improve the appearance of psoriasis-affected areas.

One study showed that psoriasis patients treated with capsaicin cream had significantly reduced scaling, redness and patchiness than patients who received a placebo cream.

It’s believed that substance P plays a role in psoriasis. As mentioned previously, capsaicin helps reduce the amount of substance P produced by your body

The capsaicin in cayenne peppers shows promise in reducing the risk of cancer. It may do this by attacking many different pathways in the cancer cell growth process In fact, studies have shown that capsaicin can slow the growth of cancer cells and even cause cell death for many different types of cancer, including prostate, pancreatic and skin cancer.

While capsaicin’s effects on cancer cells seem promising, it’s important to note that the current findings are based on laboratory and animal studies.

Capsaicin’s effects on cancer in humans has not yet been studied, so it’s wise to take this information with a grain of salt.

Easy to Add to Your Diet

Cayenne pepper is easy to incorporate into your diet. It comes in different forms, including as a whole food, spice and supplement.

A wide selection is available on Amazon.

You can add a pinch of cayenne pepper spice to many of your favorite foods, such as eggs, homemade fries and even marinades.

Alternatively, you could slice whole cayenne peppers and add them to salads.

If you haven’t eaten a cayenne pepper before, be sure to do a small taste test to see if you can tolerate the heat, as they are very spicy.

The Growing Number Of Countries Using Bitcoin As A Reference Currency

Bitcoin And It’s Economic Importance In A Society

In a Bid to End Farmers/Herders Unrest

MUSIC: Mirror Of The Soul