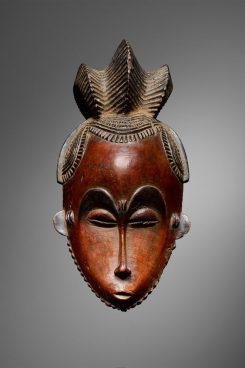 Nigeria currently has 15 million of its citizens in diaspora. It also gulps 25 percent of remittances to Africa, with annual rake-in of $25bn, up from $10bn in 2003. Against the backdrop of this huge prospect, Nigerians at home and in Diaspora gathered on 25 July, 2019 to mark the Nigerian Diaspora Day.” OMONU NELSON reports.

In the last decade, concatenation of deliberate government policies points to a renewed zeal aimed at harnessing the huge opportunities in Foreign Direct Investment (FDI), remittances and expertise of Diaspora Nigeria.

To take full advantage of this initiative, the Federal Government set aside a day yearly to assess opportunities and challenges to effective collaborations that would pave way for sustainable engagement with the Diaspora for national development.

The 2019 Diaspora Day in Nigeria was put together by the Nigerian Diaspora Commission (NIDCOM), Office of the Secretary to the Government of the Federation (OSGF), in collaboration with Nigerians in Diaspora Organisation (NIDO).

There have always been efforts by the government to key into the resources and potentials of Diaspora Nigerians but such efforts have not been properly focused. However, the renewed zeal to institutionalise diaspora matters began with the creation of House of Representatives standing committee on Diaspora, chaired by Hon Abike Dabiri-Erewa. Leveraging on the far-reaching exploits of the committee, the current administration decided up the game by creating Office of Senior Special Adviser on Foreign Affairs and Diaspora Matters, headed by Hon Dabiri-Erewa in 2016.

Progressively, the office has been elevated to the status of a full commission with the signing the Nigerians in Diaspora Commission Establishment Bill 2017 into law on June 30, 2017. It would be recall that Hon Dabiri-Erewa initiated the Diaspora Bill during her time as the chair, House of Representatives Committee on Diaspora.

Over 15 million Nigerians reside in the Diaspora and Nigerians have been cited as the most educated immigrant group in the West and they are represented in every professional field. The average Nigerian professional holds at least a Bachelors degree and the annual median income is about $65,000. The World Bank figure of $23bn as annual remittances has since hit $25bn, an amount analysts say, is significant enough to fuel countrys economy. The 2017 Diaspora remittances of equivalent of N7.9trillion fell slightly short of 8.9 trillion Nigerian national budgets.

Speaking during the just concluded Diaspora Day, the Chairman/CEO of Nigerian Diaspora Commission, Hon Abike Dabiri-Erewa said, It is the importance of linkages created between Nigerians in the Diaspora on the one hand and the needs for growing the development of Nigeria back home that prompted the translation of the conception of Nigerians in Diaspora into action in 1999, she added.

She also revealed that there had been an increase in financial remittance from Diasporans, from $10 billion in 2003 to over $25 billion by December 18. Nigeria has the highest in Africa with over 25 per cent remittances to Africa coming to Nigeria. This shows that President Muhammadu Buhari has taken issue of Nigerians in the Diaspora more seriously than previous Presidents had taken them, she stressed.

She also urged Nigerians in Diaspora to constantly remember the sons of whom they are. They are to always remember the economic survival of their relations back home, and particularly, that East or West, home is home. It is from this perspective that any discussion of the Nigerian Diaspora is important in many ways. NIDCOM, Erewa also said had intervened in many areas of human endeavour to ease the task of our Diasporans and ready to do more within the ambit of the mandate establishing it.

She maintained that the Federal Government is committed to protecting the rights of Nigerians, anywhere they are living but charged them to ensure that the do not engage in illegality as those found culpable would face the law of the land where the reside. 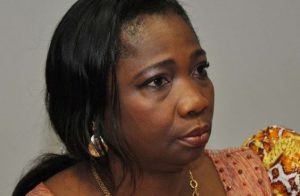 She added that they should work together as one entity to move the country forward by discovering its full potentials. According to her, most of them have been projecting Nigeria in good light and helping to develop the country.

Also speaking, the Secretary to the Federal Government, Boss Mustapha, who represented the President Muhammadu Buhari said, “Remittances have become a very strategic part of the nations economy, accounting for a large chunk of national budget, as well as Gross Domestic Product (GDP).”

Mustapha said that the money coming from Nigerians living abroad is spent by beneficiaries on education, health, real estate and many others sectors of the economy, for the overall health of the nations economy. The SGF also said with such record, the World Bank recognized Nigeria as having the highest Diaspora remittance in the world. He also commended Diaspora Nigeria for being good ambassadors, saying that President Muhammadu Buhari and Nigerians are proud of the achievements some of them are making in different field of life in the various countries where they live.

Mustapha reiterated that, It is my sincere belief that the Diaspora community if well-coordinated can lead to even better impact, not only on individual family units but also on the society at large. We are looking forward to not only fund remittances but also science and technology transfer, innovations, improvement in education, healthcare delivery, among others, he said, referring to the Federal Government.

The SGF said that the Draft National Policy on Diaspora Matters was currently undergoing a review by experts to create an enabling environment that would facilitate participation in national development and applauded the organisers of the Diaspora Day for a job well done.

The representative of the Chief of Mission, International Organisation for Migration (IOM), Miss Ivanka Spadina, said that Diasporas play an important role in the economic development of their countries, long before the international community even noticed. To unlock the potential of Diasporas, it is highly imperative to put in place policies and other regulatory frameworks and programmes that will create the enabling environment for Diaspora investment to thrive.

Against this background, IOM within the framework of the ongoing European Union Trust Fund and IOM Initiative on Migrants Protection and Reintegration funded by the EU is supporting the Government of Nigeria to finalise the draft National Diaspora Policy.

And facilitate its adoption by the Federal Executive Council, to achieve this, a Standing Committee on Diaspora Matters was inaugurated on 16th February, 2018 to coordinate and oversee Diaspora activities in the country, she said.

About 15 million Nigerians are estimated to have emigrated from Nigeria to other parts of the world, with a significant number leaving after 1990. These migrants and their descendants make up the Nigerian Diaspora.

The emigration out of Nigeria, especially in more recent times, has been at a cost to Nigeria as the best, brightest and most able left Nigeria. This rapid migration of the country’s professionals was termed “the brain drain”. However, this brain drain served to strengthen the Nigerian Diaspora with a significant portion becoming well educated and trained, having professional jobs and high median income levels when compared to other immigrant groups.

Just like the Diasporas from other countries of the world, most members of the Nigerian Diaspora maintain strong ties with their families; friends and relatives back in Nigeria, and influence the social, political and economic development of Nigeria.

In the US, Nigerians are the most educated ethnic group, with the highest percentage of Bachelor degree holders amongst African immigrants and have an average household income of $94,030. (2010 US Census). The Nigerian Diaspora continues to contribute significantly to the development of their home communities and Nigeria. In 2012, Nigerians in the Diaspora contributed more to Nigeria’s economy than 34 of the 36 states. $12 billion was remitted by the Nigerian Disapora in 2012, (World Bank) and only Lagos and Rivers states had higher GDP’s.

An Interview with Tiwa Savage