It’s no longer news that female wrestling is widely practiced all over the globe. Our focus will be Southern Nigeria; Cross River, the Yakurr people primarily living in Ugep. The Ugep Leboku Yam festival is celebrated annually in the month of August, this marks the end of the farming season. The festivities during this remarkable festival includes; wrestling contests (male and female), parades, cultural dances and masquerade displays.

The rules of engagement of the Yako Kepu Female Wrestling is simple, competitors stand upright during the tussle. The undisputed winner will successful throw the other opponents on their back and remains the last woman standing. If both competitors fall on their backs simultaneously, the first to fall down would have points deducted from her total score. However, if both opponents have an equal score, the match will be restarted to determine the winner.

The three – week celebration starts with Day 1: “Mblemi”; were men showcase their new yams, the women from different farm road, groups parade themselves with radiant attires and proceeds from the harvest. Day 2: “Janenboku” (women day), on this day, women receives gifts from their spouses and loved ones. Further on, the wrestling competition kicks off for both male and female competitors. Competitors are chosen respectively from the five different settlements; Umor, Ekoli, Illomi, Nkoibolokom and Yakurr. There is a kind of pageantry on this day were the female wrestlers are paraded according to their performance and strength.

Day 3: “Ledemboku” (men festival day), on this day the males receives gifts from their spouses and loved ones. The activities of the day includes performances by the Ekoi male dancers, a parade of the ObolLopon and B-Inah (council of chiefs), and a parade by the Etangala masquerades. 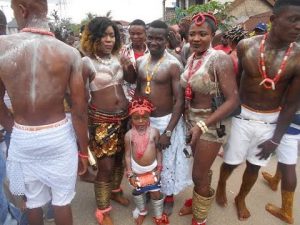 The maidens are allowed a day of rest, known as the “Nkokeboi” where they are afforded an opportunity to socialize.

Day 4 of the festival is tagged “Leteboku”, (poetry and dance), the maidens line up according to their performance at the wrestling competition all dressed to in their local Ugep ward attire with leg – bangles. They girls somber expression with amazing rhythmic body movements.

There is a two day rest, the Day 5 of the festival is called “Yekpi”, young men and maidens are paraded in the town in a ceremony that is believed to usher in great peace and prosperity.

Day 6 of the festival is tagged “Yeponfawa”; this ceremony is reserved for the initiates of the Libini group, to declare the end first phase of the festivities. This ceremony involves singing and performances by the initiates of the group. Furthermore into the festival is a one – week long music performance, which is Egbendum (boys) and Oka (girls). These music sessions end the festivities. As all age grades are given a treat of porridge yam and palm wine.

The Yakurr festival is deep with culture and a stimulating experience. This is also a continuation to the series of beauty and diversity Nigeria encapsulates. 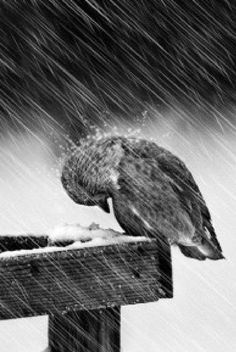