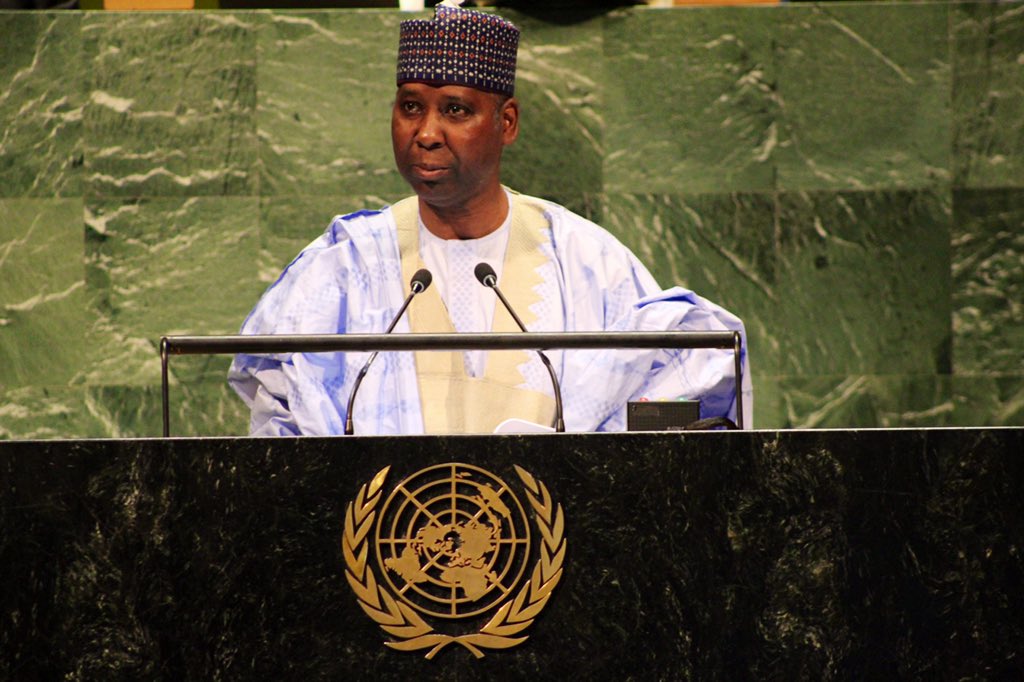 It is diﬃcult not to love Nigeria. The people are warm and charming. They can be critical of one another yet still bask in each other’s success.

Having held leadership roles in the country and on the African continent, I have been reminded of this time and again. Observing the enthusiasm generated in Nigeria by my emergence as President of the 74th Session of the United Nations General Assembly reinforces my love for the country, and I am grateful to all for their best wishes.

The UN is a diﬃcult place to get your head around. I know this only too well, having served as Nigeria’s permanent representative to the organization. I now understand how the institution works. Yet since taking up my new role in September, I appreciate there will be many people who wonder what it actually entails.

First, the General Assembly itself: this is the main deliberative organ of the United Nations. It is like a national parliament: each member country’s single vote counts as much as any other and everybody has the chance to put their perspective across.

As President, which rotates on a yearly basis among regional groups, I chair this assembly. I mediate and moderate; I set the agenda for the year; I look at the inner plumbing of the UN, and whether it is assembled to serve the purposes of the organisation – development, human rights, and international peace.

For the 74th session, I chose the theme “Galvanizing multilateral efforts for poverty eradication, quality education, climate action and inclusion.” The UN has 17 goals to achieve by 2030 – the Sustainable Development Goals (an evolution of the Millennium Development Goals) – which the General Assembly adopted by consensus in 2015.

These goals interlink and I believe that eradicating poverty, achieving quality education, climate action and inclusion are key in reaching the other goals. Education further stands out for me given my background in academia, for it has the unique capacity to provide an opportunity for all in Nigeria.

The position of the General Assembly within the UN makes more sense when viewed among its other organs. The other two best-known bodies are the Secretariat and the Security Council.

The former is like a civil service: it performs the day-to-day running of the UN, administering the programmes and policies the rest of the organisation decides on. The Secretary-General is the head of it and is appointed by the General Assembly upon the recommendation of the Security Council.

Trygve Lie, the ﬁrst Secretary-General, described it as “the most difficult job in the world”, given the need to balance the competing demands of both the Secretary (administrator) and the General (moderator) functions of the role on a global scale.

The Security Council is the body charged principally with the founding mission of the UN: to safeguard world peace. Yet it is in serious need of reform because it reﬂects power dynamics that are almost three-quarters of a century old. It’s permanent members (as opposed to 10 non-permanent members, who each serve for two years) are China, France, Russia, the UK and the USA. Each has a “veto”, which means their vote can effectively overrule all other nations will.

This has raised questions of the democracy and legitimacy of the Council.

The reform of the Security Council is within the purview of the General Assembly but requires a two-thirds majority and – crucially – consent of each permanent member. I – as President of the General Assembly – must marshal energy and consensus to ensure more equitable representation, and ensure the council can address key issues instead of becoming deadlocked (a possibility gave the veto).

A key aspect of my position is to represent the General Assembly at international events around the world. For example, last month I attended the meeting of the Non-Aligned Movement Head of State and Government in Baku, Azerbaijan. This month I traveled to France for the Paris Peace Forum. And this week I will be returning home to Nigeria for a conference aimed at strengthening human rights for older people in Africa.

Looking ahead, I will attend events in Ireland, Spain, Kuwait and Qatar in the coming weeks. I will use those platforms to advocate for the farthest behind among us. I am committed to visiting countries in Special Situations – particularly Small Island Developing States, Least Developed Countries and nations in conﬂict – to draw the world’s attention to the existential issues they face. At every occasion, there is a focus on what partnerships can be created, or deepened, to address the challenges.

In a similar vein, I endeavor to increase the presence and relevance of the UN across the world.

Sometimes this global organization has seemed too remote from those people it serves. That is something all of us who represent this organization must labor to change. For it is only through collective action we can solve today’s greatest challenges.

I – like many previous holders of this role – am committed to the reform of the UN to reﬂect the realities of the 21st century, and to ensure that cynicism or apathy does not creep into the organization.

Next year marks the 75th anniversary of the UN’s formation. In the build-up to this event, we have a chance to stand back and reﬂect on what this institution has done, should do and how to do it. And I want to hear from all perspectives on what the UN should be – whether that be from Azerbaijan, France or indeed Nigeria.

US 2020 Polls: Why Trump Should to Loose Biden – Musawa

New forests will be classified, the first since 1968

A Healthy Path To Avoid Disease, Prolong Your Life