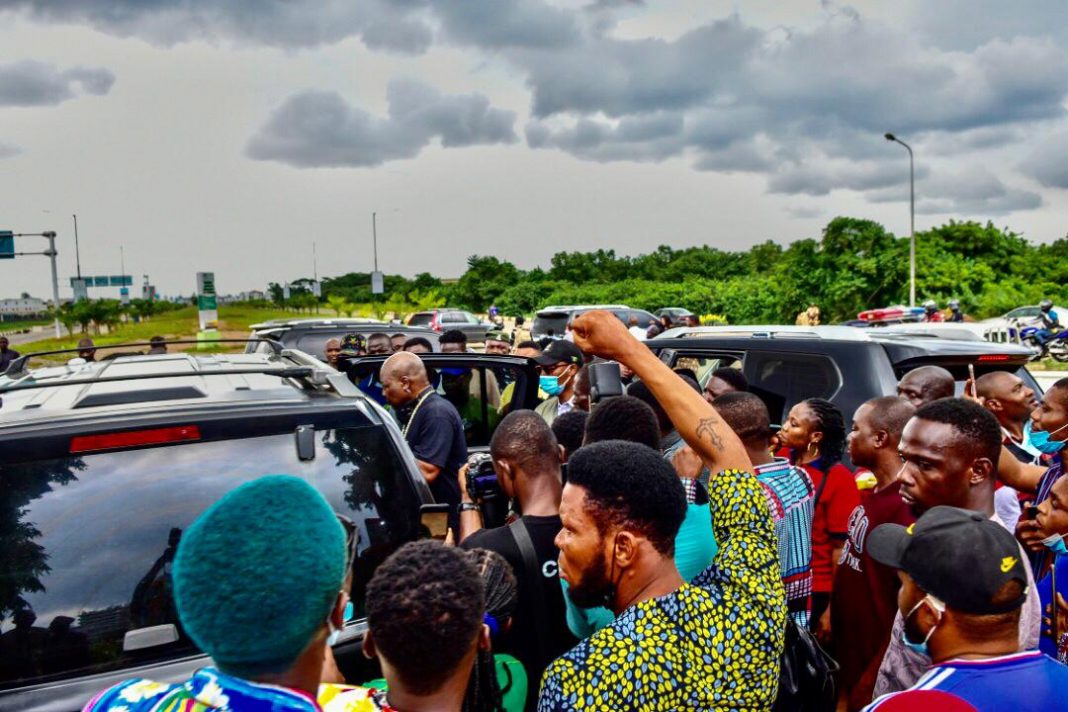 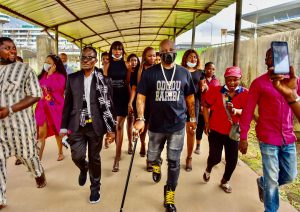 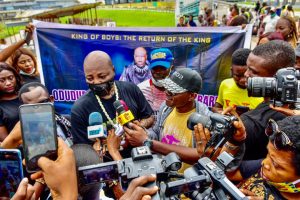 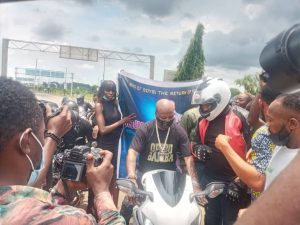 Fans, especially young Nigerians, trooped out in their numbers on Saturday in Lagos to welcome maverick singer, songwriter and activist, Charles Oputa, a.k.a ‘Charlyboy’, on his return from vacation to the United Kingdom.

It was a sort of carnival as the elated fans gathered at the arrival gate of the Murtala Muhammed International Airport to celebrate the return of the 70 -year-old showbiz maestro and activist.

The  fans, which include bikers , gathered on receiving the news that CharlBoy was returning from his 3-month holidays, bearing placards  with different inscriptions  such as “ welcome back Areada”, “ We Love you Odudubariba”, hailing his  role in the acclaimed Netflix original series, ‘King of Boys: the Return of the king’, where he played the character Odudubariba.

Addressing the crowd, Charlyboy  expressed  delight over the show of solidarity by his fans, especially Nigerian youths and  enjoined them  to get themselves actively involved in the country’s leadership in order to secure the future of the country.

According to him, Nigerian youths cannot afford to give up or loose hope when the situation in the country has not changed.

“Don’t shy away from politics but rather get into it, because it is your future.The youths must not allow anyone shave their hairs when they are not  there.

He said that it was only when the youths pull their strengths together, would they be able to change the current set of leaders.

Charlyboy said that he accepted to feature in the  Nollywood blockbuster “King of Boys, The Return of The King” because the script passed a sensitive message.

“I will not get myself involved in any script that is not passing any good message, and I acted as Odudubariba in the movie because I am the Odudubariba I of Africa, so I just played myself in the role,” he said.

According to the Areafada, who recently released a hit musical film, ‘Odudubariba’ means a spiritual warrior.

The self-acclaimed ‘President of all frustrated Nigerians’ is championing a social awakening and campaign for a better society and decided to go back to music, his age-long passion, to call citizens, especially the youths  to hold leaders accountable.

In The Ivorian Students Universe in Burkina Faso

How Moringa Development Will Facilitate Achievement Of SDGs

Nigerian Law: ‘Only By Deed Poll, Not Deposition, Names On Official Certificates Can Be...