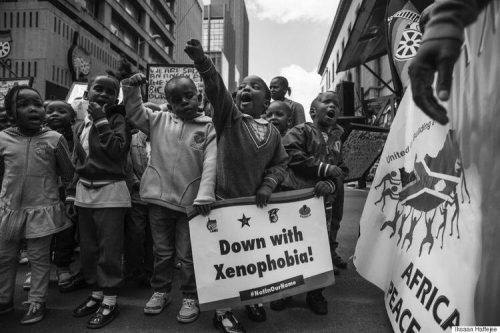 Our independence foreign policy which had largely remained unchanged till now was created with an Afrocentric focus. The document was created in clear recognition of the need to clear Africa of her colonial master’s and end the rule of the colonialism by making sure every inch of Africa’s soil was liberated and freed.

In furtherance of this foreign policy objective of independent Nigeria, every successive Nigerian leader worked for the achievement of her Afrocentric goals of liberation and the struggle for independence of most African states.

It is on record that Nigeria as an independent nation wholeheartedly funded and supported liberation and independence movements across the African continent. The government of President Muhammadu Buhari should look into Nigeria’s foreign policy document with a view refocusing and reengineering it. It is pertinent to note that our foreign policy is become weathered and needs reinvigoration.

These organizations were heavily and massively supported and funded by Nigeria to make liberation the only choice in African countries of Angola, Rhodesia and Apartheid South Africa.

South Africa, in particular, was one of Nigeria’s most recent successes in the liberation struggle and the prominent role played by Nigeria.

In the quest to free apartheid, South Africa, Nigeria single-handedly sunk a whooping sum of fifty billion dollars of the collective money that ordinarily belong to her taxpayers. That great investment was what earned South Africa her prized independence that they are enjoying today.

It is therefore very sad that in today’s South Africa, Nigerian citizens are being hounded and killed in the cities of the so-called “rainbow nation”. It is heartbreaking that a nation that prides itself as a land of equal opportunities will so act in the opposite, compared to what she claimed to be.

Nigerian citizens have presently been experiencing cruelty in the hands of those whom we sacrificed ourselves to liberate. It is on record that all the major liberation actors in the struggle for the freedom of South Africa from the apartheid regime had at several times found a home in Nigerian cities.

The good people of Nigeria catered for the likes of Oliver Thambo, Thabo Mbeki, and Jacob Zuma, etc.

Why is Nigeria made to suffer a” non grata” status in liberated South Africa?

The Nigerian government and policymakers must at this point realize that her Afrocentric posture had long diminished with the self-governance status of all the aforementioned nations.

It is time for the country to redesign her entire foreign policy document, particularly as it has to do with Africa and her “big brother” status.

Nigeria as a nation has to quickly articulate the new dynamic in her relation to her other sister states in Africa. It is time to deploy a new foreign policy.

In most of these countries, the parasitic bug of capacity deficit to run a modern African country has been brought to the fore. Issues of corruption, impunity, nepotism, poverty, unemployment and the decline in the standard of living have become the new face of countries like South Africa and Zimbabwe.

The obvious massive disconnect between the realities on the ground and the hope of a prosperous Africa post-independence had left so much to be desired.

Nigeria’s new foreign policy must, therefore, be citizen-centered and must shift towards national benefits. Our beloved nation can no longer bear the burden of a “Big Brother” status in Africa while the citizens of Nigeria are daily molested, disrespected and most times, brutally murdered in cold blood in a supposedly “friendly sister nation” in Africa.

The time is right for Nigeria to move to “Citizen Diplomacy” where the country’s citizens are treated with respect and given protection in their host countries.

In the face of the provocative and extrajudicial and unabated killings in South Africa, I do wish to suggest that our new foreign policy must be based on mutual reciprocity.

The new policy must seek to protect the lives and investments of every Nigerian citizen wherever they may reside.

Nigeria consular services of our African missions must as a matter of urgency, be well-funded and strengthened.

Research has shown that a large chunk of the challenges faced by our African missions is consular in nature.

It is my advice that the new foreign policy document must create room for proactive engagements with the host government of countries that have high populations of Nigerians.

Naturally, Nigerians are characteristically boisterous and energetic in their lifestyles abroad. Very typically, Nigerians usually excel in their chosen field of endeavor or business by distinguishing themselves. This brings jealousy, and envy and most times translate to hatred from host citizens.

Without missing the point, it is right to state that we have a few bad eggs amongst our citizens who are involved in organized crimes, drugs, and financial crimes. 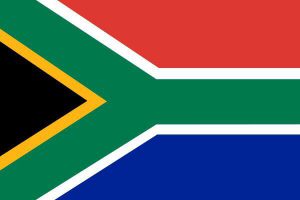 These criminally-minded few bad eggs also choose to flaunt their ill-gotten wealth to the grudge of their host neighbors. Thus in effect, makes our citizens to be seen as arrogant, oppressive and insensitive to the cultures and traditions of their host countries.

The xenophobic attacks and killings of Nigerians in South Africa are also largely due to issues of inferiority complex and this is mostly as a result of the inability of the locals to out-compete them, given the same conditions.

As a way out of these attacks and killings, the new policy document must make a concerted effort at enabling Nigeria’s embassies and missions in Africa to educate our citizens on how to conduct themselves in a foreign land. This idea can be implemented with our embassies in Africa and, South Africa in particular.

The truth is that the resentment of Nigeria’s citizens exists in most African countries, but the severity of that of South Africa, in particular, is of the extreme. The illegal and unconventional killings of foreign citizens, particularly, Nigerians in the past few years had in my view, elevated the need for a foreign policy change.

Nigeria, even in the face of provocation and ingratitude from South Africa in the mannerism at which they have been killing our citizens have however naturedly guaranteed the security of the lives of South African citizens and their investments across Nigeria. Companies like: MTN, Stanbic IBTC Bank, Multichoice, Shoprite, etc. have continued with their businesses and had been making profits and even repatriating such profits back to their home countries without hindrance.

The misunderstanding, distrust, and tension between these countries will no doubt abate if there is a responsive and responsible government.

If African leaders were to curb their penchant for corruptive and bad governance, xenophobic violence and killings will abate.

I support the recent statement coming for the legislative and executive arms of the Nigerian government. It was loud and clear. Enough is enough!

It is time the federal republic of Nigeria shift to citizen diplomacy. The life of every Nigerian counts, no matter where they may be. It is time to elevate and popularize “Nigeria First”.

The era of being a ”Big Brother” in Africa must cease. We need to look inward and strengthen our national foundational structures first.

The present administration of President Muhammadu Buhari must be true to its “Next Level” slogan. If this administration lays a solid foundation for holistic and developmental governance, the desperation by Nigerians to “check out” of Nigeria for greener pastures will be reduced, and those that do go will be proud of their country.

If this happens, countries like South Africa and other hostile countries in Africa and the world at large will respect our citizens and accord them all the protections they deserve.

Henceforth, Nigeria’s Foreign policy should be more citizen-centered and must elevate national benefit ahead of Africa centeredness

The Colour to Paint Nigeria

Do You Have A Relationship??

Africa Rising in Neocolonialism: The Beguiling Foreign Interest in Africa